It is increasingly clear to me that when romantic partners talk about having a “committed relationship” often neither one has any clue what the other one means by a committed relationship. To what, specifically, has each person committed, and for how long? Don’t you think it’s time we had some clarity about this?

Situation: Two 15-year-olds talking about planning on having sex together

Celebrity Relationship Coach: How long do you plan on being together?

Girl: (frowning) Ummm. Really? Because I was thinking, like, forever? Six months? No way I’m having sex with you if that’s what you’re thinking!

I was coaching two clients who make a great couple. They both do things that hurt the relationship, but it’s all stuff that’s easily handled, and in a few weeks of my coaching them, they’ve already made the better part of that journey. But she has an issue about his level of commitment. According to her, if they’ve been together for four years, they should stay together forever. But if they really were committed, they would get married (I’m not saying I would or they should, that’s what they expressed to me). So, until they are married, I won’t believe the full commitment is there. He’s waiting for her to be more balanced and for there to be less regularly occurring big upsets before he’s willing to propose. And indeed, if you ask her, she’ll say she’s totally committed… but then the slightest provocation that taps into her primal pain has her questioning whether she wants to be in the relationship at all!

So, with the help of some lawyer friends (some of whom are trained in Collaborative Divorce, I drafted this Commitment Manifesto which you are free to download and use. Of course, one commitment size does not fit all, but at least here is a template from which you can craft your own.

My wise friend, Lou, distinguished that this document is more a way of saying to what kind of relationship are you committed. Many of us might not even make that distinction, but just collapse the two, and I think that’s fine.

Some may prefer to think of the Commitment Manifesto as the “doing” of commitment. Perhaps the “being” of commitment is having a very high level of integrity, and being committed to doing whatever it takes to take care of your relationship. The following short form nicely collapses the being and doing parts:

“I’m committed to staying with you (indefinitely), being faithful (no romance with other partners) and honoring you and our relationship. If I do anything that is apparently outside this commitment, I’m committed to cleaning it up, restoring your trust and doing whatever I have to do to return myself to my commitment.”

I’m anxious to know your thoughts about what constitutes commitment in a relationship.

This two-minute animation, voiced by philosopher Alan Watts, holds a wonderful life lesson. The point it makes, quite simply yet profoundly, is that we’re not alive to get somewhere, but to fulfill the journey.  Just so, while my teachings suggest using your relationship to evolve your own consciousness – the consciousness, at each moment, is the goal.  Enjoy!

this is so much fun and so joyful, I couldn’t resist.

I don’t think I mean to talk about “control” – although I do believe that true control is the giving up of control. I love stories of prisoners who while in prison finally became free – because they accepted their surroundings for the first time in their lives. And yes, it’s worth another reiteration that I’m not talking about bad, controlling behavior.

When JoAnn says “You’re not allowed to yell at me” what she’s really saying is something along the spectrum of “It’s hard for me to handle your disapproval” to “I can’t handle expressions of anger pointed at me from the person I love the most.” And if I do it enough, she won’t stick around for it. And, to be very clear, my “yelling” at JoAnn is raising my voice from a 3-out-of-10 to maybe a 5, and still communicating fairly responsibly.

I’m pretty clear that mutuality is a red herring at its best, and one of the most relationship-undermining concepts at its worst. First of all, there’s no way to tally what each partner in a relationship is doing for the other, or to keep track of it over time. Secondly, it maybe misses the point entirely. If I love the thrill I get when I bring JoAnn flowers and she squeals with delight… who is getting the gift here? If I bring her flowers every week and she never gives me flowers, does that mean we’re out of mutuality balance?*

If I love to hold the door for her, hold her chair, etc., and do all those gentlemanly things that can be fun for a person who likes to think of himself as a gentleman, am I to expect her to occasionally hold my chair? **

To each her own, of course. For example, there are people who love to be dominated (sexually and otherwise) and people who enjoy dominating. To them, mutuality is the dominator making demands and the submissive one filling them.

Of course, I believe in fairness. I just think we need to be careful where we look for that fairness. I mostly judge by my emotional bank account. If JoAnn’s making more deposits than withdrawals (and vice versa), we’re generally in great shape.

Contrast this with a prior, painful relationship. My (then) partner and I sapped each others energy; we were not loving, kind and generous with each other. With each of us constantly feeling emotionally overdrawn, things like who is doing more housework, bill paying, yard work, etc. became the only currency we had. And when we got to that low state of existence, “mutuality” (really, tit for tat) took center stage. And, from that state of mind, the other one always felt like s/he was getting the short end of the stick.

* The truth is that I don’t buy her cut flowers – hardly ever, but I would if she liked them!
** I wish I was more like the gentlemanly guy I’m describing. I’ll work on it.

Relationships Aren’t for Everybody & What are New Earth Relationships?
(A context for what we’re discussing in this blog).

Embracing Double Standards
(The most popular post to date, and my personal favorite) 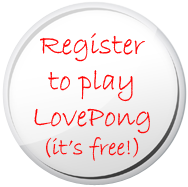