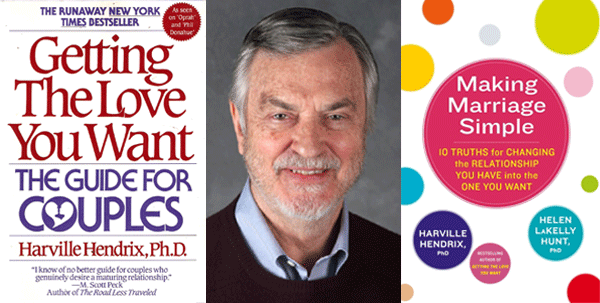 Dr. Harville Hendrix is arguably the nation’s foremost author, teacher and thinker on love and relationships. He is a Clinical Pastoral Counselor who is known internationally for his work with couples. He, and his wife, Dr. Helen LaKelly Hunt, co-created Imago Relationship Therapy, a therapy for couples now practiced by over 2000 certified therapists in 30 countries. Their partnership and collaboration has resulted in 10 books in 57 languages, including his groundbreaking, seminal New York Times bestseller, Getting the Love You Want, and, most recently, Making Marriage Simple: 10 Truths for Changing the Relationship You Have into the One You Want. Dr. Hendrix has appeared on many national television shows including 18 guest appearances on Oprah, one of which won her an Emmy award for the “most socially redemptive” daytime talk show and was included by Oprah in her top twenty shows.