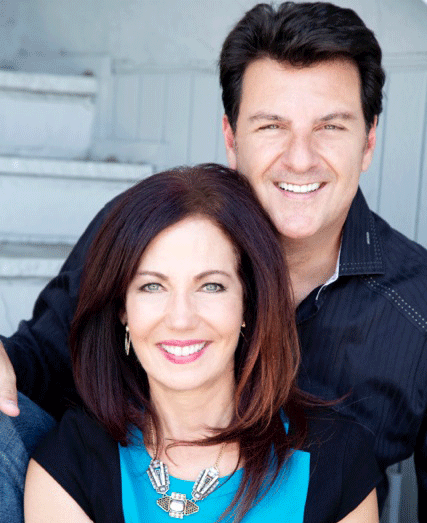 Relationship coaches Jonathon Aslay and Dr. Sheri Meyers used to be a couple who thought they’d go the distance. It didn’t happen. That’s not so unusual. What was extraordinary was the way they broke up Consciously. Lovingly. Transformationally. In fact it was so extraordinary, it actually made the local news.

Known as America’s Leading Midlife Dating & Relationship Coach, Jonathon Aslay is a defender and protector of women’s hearts around the world.  He helps women transform from attracting Mr. Wrong into finding their Mr. Right.

Dr. Sheri Meyers is a Marriage & Family Therapist and the author of Chatting or Cheating: How to Detect Infidelity, Rebuild Love, and Affair-Proof Your Relationship. She is among the nation’s most frequently quoted and interviewed relationship and infidelity specialists and regularly appears on NBC, ABC, CBS, CNN and FOX.